According to Making Star Wars, Michael Biehn has been cast for a role in The Mandalorian Season 2, which marks his first major role in decades if the news is true.

If you grew up in the glory days of action movies, then you will be intimately familiar with Michale, who played two iconic roles in two of the 80’s most memorable films.

MSW is down currently, but I believe Jason explained that Biehn would be playing someone from Din’s past, so he’s more than likely a Mandalorian, and he could even be the Mando who saved Din as a child, which would be radical to say the least.

MSW also announced that Bill Burr’s character will be back for Season 2 of the show, but I believe he claimed it would be in a flashback.

UPDATE – MSW has posted a few more details about Biehn’s character, who will be a bounty hunter from Din’s past. Apparently, he will also be styled after his character from Tombstone, and he will throw out lines to hint at his other 80’s action movie roles.

MSW also posted an image of what he may look like, which you can see below. 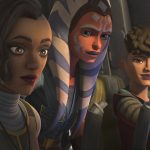 New Clip and Stills Released for The Clone Wars: Deal No Deal 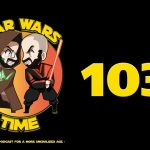