Well The Book of Boba Fett marketing train has fully left the station, because just two days after we got the “Reign” teaser, a new “Message” teaser trailer has been released.

It showed off a few new brief moments, which have been captured in still form below. The most notable new shot is of Boba in a Bacta tank, which could be of a flashback from him being saved from his fate in the Sarlacc. He also speaks of being left for dead on the sands of Tatooine.

There’s definitely something going on with the warriors in maroon, who we now see captured by Fett and taken to what appears to be the Ithorian’s hideout. This same dude seems to be the guy Fennec has in ropes from the “Reign” teaser as she approaches the castle doors.

On the next episode of the Star Wars Time Show we will fully breakdown the “Message” teaser for The Book of Boba Fett, so don’t forget to tune in on a weekly basis via our podcast platforms or via YouTube if you prefer the livestream angle. 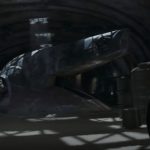 “Reign” Teaser and Stills Released for The Book of Boba Fett 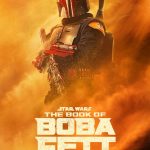