The debut of the final season of Star Wars: The Clone Wars is just a few more days away, so the folks over at Disney Plus have dropped a new clip from the show’s debut episode, which is titled, “The Bad Batch”.

The clip features the first time the likes of Captain Rex meet Clone Force 99, which is a specialized group of defective Clones that were designed for more precarious missions and seem to have a penchant for being bad boys. It appears that these guys and Rex will have to go on a mission to find out why the Seps seem to know every move the Grand Army of the Republic makes. I wonder how that is happening! Oh yeah, the Supreme Chancellor duh!

Anyway, the episode will debut this Friday on Disney Plus, and I would expect it to be live around 6am EST, which is when new episodes of The Mandalorian would drop. Stay tuned to the SWT Show, site, and YouTube channel for all things TCW when it returns this Friday!

It’s the end of the historic Clone Wars, as the forces of darkness have amassed great power in their bid to transform the Republic into the Galactic Empire. With the Republic on a losing streak, Captain Rex fears the Separatists are using stolen data to help predict the Grand Army’s every move. As the threat of defeat looms, Rex teams up with experimental Clone Force 99, also known as the Bad Batch. Together, they embark on a high-risk mission behind enemy lines to uncover the truth behind the Separatist victories in “The Bad Batch,” an all-new episode of “Star Wars: The Clone Wars” making its debut this FRIDAY,FEBRUARY 21 onDisney+. 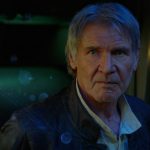