Today Deadline broke the news that Maya Erskine joined the Obi-Wan Kenobi cast for a supporting role that will feature her character in three episodes of the six episode long series.

Erskine has starred in Insecure and Scoob! and has been nominated for multiple WGA Awards and a 2019 Emmy for the Hulu Original comedy PEN15, which she created with Anna Konkle.

There still isn’t much to riff on in terms of who she will play, or what the series will ultimately be about, but one has to think that most of the narrative will revolve around Kenobi’s protection of Luke, his mental state after the loss of the Jedi Order and the fall of Anakin, as well as the state of the galaxy 10 years after the rise of the Empire. So there’s a great chance that she will be a Tatooine resident/visitor or an imperial.

Nick and I will talk more about this cast addition in next week’s episode of the SWTS, so don’t forget to tune into the Star Wars Time Show on a weekly basis via our podcast platforms or via YouTube if you prefer the livestream angle. 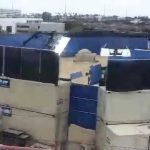