The latest episode of The Clone Wars opened up my mind about the character of Maul and his potential to be a big time player in the Star Wars galaxy, so I went ahead and made a video to detail his impressiveness.

I mean the dude literally knew everything that his old Master was up to, so much so, that he tried to change the course of the galaxy by staging a war on Mandalore. Check out the video below for the full breakdown.

In The Clone Wars: The Phantom Apprentice, we learned about many events that were going down right around the events of Revenge of the Sith, but the biggest reveal has to be the fact that Maul knew every detail of Darth Sidious’ grand plan well before the Jedi, and he used this knowledge to try and change the fate of the galaxy.

Think about that for a second. Maul, a character once thought to just be a mindless beast in The Phantom Menace, was so in tune with the dark side and the world around him, that he was able to figure out every little detail about Sidious’ plan with enough time to try and change the outcome of it.

Early on in the episode he reveals that he can literally sense that the galaxy is on the verge of a drastic power shift. We then learn that he knows exactly why the Clones were created, while also realizing that both he and Dooku were just mere pawns in Sidious’ ultimate plan to find the most powerful apprentice of all time in the form of Anakin Skywalker.

What’s even better is that he knew all of this with enough time to setup a plan to lure Kenobi and Skywalker to Mandalore, and surprisingly, not to just exact revenge on his nemesis, but to prevent Anakin from becoming Sidious’ new apprentice by taking him out first.

This just shows a supreme level of forethought on Maul’s part, as well as his ability to showcase patience to let a plan play out. I was just blown away by the fact that Maul foresaw Anakin’s fall, and that become a bigger problem for him than getting some revenge on the man who cut him in half. It’s a big moment for the character, as we know how obsessed he is with Kenobi, which sticks with him until the old man kills him many years later.

What’s even more intriguing about all of Maul’s knowledge in relation to Sidious’ plans, is that unlike the Jedi, he was able to have visions about all of the shady shit that was going on. I’m guessing this is because of his attachment to the dark side, but it just goes to show how impenetrable of a cloud Sidious cast with the dark side to keep the Jedi unaware of what he was doing right under their noses.

I mean the likes of Yoda and Mace would be in the same room as the Dark Lord of the Sith, and they couldn’t even figure out that he was a bad guy, so again Maul’s ability to sniff the plan out is very impressive, but also shows how strong Sidious was with the Dark Side of the Force.

Maul’s plea to Ahsoka was another very interesting move for the character, and it provided yet another example of how the Sith always tell absolute truths, albeit with sinister intentions, but always with 100% accuracy, yet Jedi, or light side users, just can’t seem to believe what they’re saying.

In this case, it’s a huge error on Ahsoka’s part, because Maul is clearly telling her exactly what is going to happen with Anakin, and that if Anakin falls, all will be lost. Now I don’t blame Ahsoka for thinking he’s full of shit, but once again it shows how Jedi are blinded to the idea that a Sith could be telling them the truth, and how their hubris ultimately allowed them to be wiped out by a guy who worked  a few office buildings down from them on Coruscant.

Maul definitely wasn’t asking for her help to take out Sidious so he could become a hero and a Jedi, he wanted to grab the power for himself, but he knew enough about Sidious’ plans to try to snuff them out before it was too late, which again shows how impressive he is as a tactician and a reader of the Force.

The end of this episode really hammered home just how much Maul new about what would happen if Anakin fell, so his wanting to die over being caught just goes to show how committed he was to stopping Anakin and Sidious, as well as how awful things would get if the Sith Lord got his way.

This was a fantastic episode for Maul, and it has vaulted him up into my Top 5 Star Wars characters of all-time list. He’s always looked and fought like a badass, but now we know he also was a master manipulator himself, and a force user who knew more about the state of the Galaxy during this period than a near 900 year old Grand Master Jedi. I can get behind that type of bad guy any day. 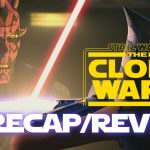 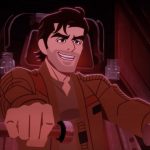