According to THR, Mary Elizabeth Winstead has been added to the cast for the Disney+ Ahsoka series, which is reportedly set to being filming soon.

Details on who Mary Elizabeth Winstead are playing are being kept concealed at this time, but it’s always fun to speculate. There’s a chance she could play Hera, an ally of Ahsoka’s from the Star Wars Rebels series, or she could of course be playing an entirely new character. Considering Ahsoka’s hunt for Thrawn, which was detailed in The Mandalorian, she could also be playing a character that is trying to foil whatever plans Ahsoka and her group may have.

The Ahsoka series is set to begin filming this spring. Ahsoka is being written by Dave Filoni, and will be executive produced himself and Jon Favreau. 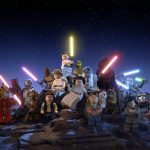