Mark Hamill, aka, Grand Master Jedi Luke Skywalker, is back to having some fun with his Star Wars fan base on Twitter. Yesterday, the Star Wars legend tweeted a fan made Photoshopped image of himself, Carrie Fisher, Harrison Ford, and Billy Dee Williams on board the Millennium Falcon, with a caption of “What Should Have Been”.

Now if you are a Star Wars fan, then you know that Mark has expressed his frustrations at not being able to be in a scene with all of his former Star Wars co-stars, and he feels that it was a missed opportunity in this new trilogy. There’s a part of the fanbase that agrees with him, and some are the nasty type.

Anyway, when Mark puts these tweets out he’s basically kicking the Star Wars angry-troll bee’s nest, which I quite frankly think is a silly thing to do. All it does is stir up the hate pot again and brings the nuts out of the wood work, because they feel that if Mark is saying the new trilogy isn’t what it should be, then their insane expectations for it are also justified.

I get Mark having fun with Star Wars fans, but it just seems counterproductive considering how vile some of them have gotten since Disney took over the license, so him giving them fuel for their hate fires just seems against his character.

And I think he felt that too this time, because he ultimately put out a bit of an apology tweet a few hours after the one above.

Oh well, to each their own, and we still love Luke! Like he said, maybe he posted it because he misses them all. 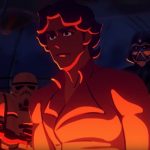 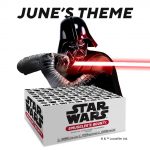