If you’re a Star Wars fan, then you know that Mark Hamill likes to have himself some fun on social media. He’s a fantastic follow, and you can guarantee that at least once a day he’ll tweet something that will either make you smile, laugh, or depending on your political leanings, a bit angry.

One thing he really excels at on Twitter, is trolling Star Wars fans, especially when it comes to Star Wars movie spoilers. In fact, he just executed one of his masterful Star Wars trolls two weeks ago when he channeled Ariana Grande to provide a fan an answer about the title of Star Wars: Episode IX.

Today, he’s back at it on Twitter, and one could argue that he provided some insights for Star Wars: Episode IX, in particular, Kylo’s journey. In a tweet congratulating Adam Driver, who has been nominated by the Academy for his role in BlacKkKlansman, Mark hinted that Driver excels at playing good guys who pretend to be bad. Considering that Driver also plays Kylo Ren, aka, Ben Solo, many fans consider Hamill’s revelation to be some sort of an Episode IX spoiler. A hashtag movement has even sprung up from it called #BENDEMPTION, which essentially frames Ben as getting redeemed in the last proper Skywalker Saga Star Wars movie.

Either way, Nick and I will surely discuss this topic this week when we record the next episode of Star Wars Time! 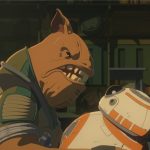 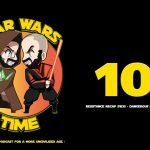