The least surprising revelation thus far around The Rise of Skywalker happened during an interview between Mark Hamill and the Associated Press.

In the interview, Hamill was speaking about his time in Star Wars and how the character of Luke Skywalker isn’t quite gone just yet.

I had closure in the last (movie). The fact that I’m involved in any capacity is only because of that peculiar aspect of the ‘Star Wars’ mythology where if you’re a Jedi you get to come back, make a curtain call as a Force ghost.

If you are a general Star Wars fan, it was pretty obvious that the character of Luke Skywalker would be returning in The Rise of Skywalker. Mark Hamill was included in the casting announcement for the movie, his voice was heard in the trailer, and as all good Star Wars fans know, “Nobody is ever really gone.”

As for his future in the Star Wars franchise, Hamill hopes that he can put this chapter of his career behind him post TROS. 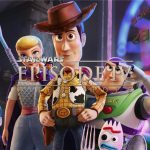