The first official War of the Bounty Hunters issue released this week, and it dropped a massive canon update for the original trilogy era, and more importantly, the Solo movie and its cast of main characters. Oh, and it continued to depict Boba as the badass I’ve heard him to be, so I’m loving seeing him be a force versus a bozo.

While there’s been a prelude and one crossover issue each from Star Wars, Vader, Bounty Hunters, and Aphra, the War of the Bounty Hunter series kicked off in earnest this week with the release of the first issue from the mini-series, and it dropped a massive lore bomb that can best be explained as the most direct continuation of Solo: A Star Wars Story, we’ve seen yet.

It’s a huge character and faction reveal that all die hards will love, but the issue is also full of kick ass moments featuring Boba Fett being a mack daddy, and just some cool insights into the galaxy’s factions and how one smuggler managed to gain all of their attention at once.

Alright, so right off the bat we learn who stole Solo from Boba on Nar Shadda, well sort of, but either way a seemingly new non-bounty hunter faction is involved and they plan to use Solo as a bargaining chip to restore their prestige and rep throughout the galaxy.

The issue then returns to its star, Boba, who has now become the target of every bounty hunter in the galaxy after Jabba put an open bounty on his head for losing Solo. This mostly just allows the writers and artists to depict Boba as a supreme pimp, because for most of the issue he just fucks people up ruthlessly, starting with this chump who tried to shoot him in the back.

Like I said though, Boba’s troubles don’t stop, because as we learned in the most recent issue of the Bounty Hunters comic, Zuckuss and 4-LOM are on his tale thanks to Dengar selling out Boba’s location.

But, like the schlub from earlier, Boba eventually just decimates these two with no problems. It also appears that he kills Zuckuss, but since we see no body, I’m guessing he may magically return down the road.

4-Lom on the other hand gets mutliated so Fett can find out who placed a bounty on him, and once he arrives at Jabba’s palace, he hilariously tosses his head over a bridge after the murder bot offered to work together, so one could say that Boba took out two iconic Bounty Hunters in this issue, but again, without corpses, you never know. Either way, he showcased why he was considered to be the baddest ass bounty hunter in the galaxy.

Boba then begins to mess with Bib to find out where Jabba is at, and once again, after showcasing his skills and taunting his foes, he gets what he wants, which is to find out who stole Solo from him, but more on that in a bit.

The issue turns to a Hutt flotilla, which is en route to meet the mystery faction I mentioned earlier to get his Solo wall art. If you pay close attention to Jabba’s dialogue, you can start to guess which faction he is going to meet, and he even makes a veiled reference to its former leader and how he could never hide for too long before the galaxy found him out due to his look and nature, and once you get the full reveal at the end, this conversation becomes even more clear as to who he’s referring to.

The final pages drop the big lore bomb that I mentioned at the start as it’s revealed that this faction’s leader wanted Han because she knows that right now every other faction in the galaxy is after him, giving them a ton of prestige. I’m talking the Rebels, Vader, Bounty Hunters, Aphra, you name it, like she says, Han has some how united the galaxy in the search for his frozen self, which is why she needed him.

Giving him to the Hutt’s will essentially bring her and her faction back into a position of power, which leads to her identity reveal, and the awesome tie to the Solo film, because as she says, Han always wanted to save her, and that her is none other than his first love Qi’ra, who seemingly has survived up past the events of Empire, and is the new leader of Crimson Dawn, the faction from the days of old that Maul led, which is now trying to return to dominance.

Can anyone say brilliant shit? I can, and this mini-series is just that. While I still would like an actual Solo series on TV, if this is all we get to fill in more of his and Qi’ra’s past, so be it, because I love the narrative that is being woven across all current Star Wars comic series.

SoloWar of the Bounty Hunters
0 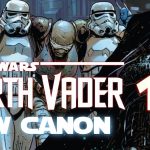 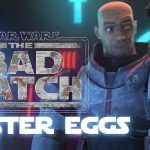