It’s time to examine some new Star Wars canon courtesy of Star Wars #8 2020, which concludes The Will of Tarkin thread. Head on down below to check out the new canon bits and other interesting moments.

Star Wars #8 2020 is out now and it completes ‘The Will of Tarkin’ narrative thread, which makes me happy because I have found this thread to be rather dull.

Although, there were a few neat new canon revelations thanks to Commander Zahra’s daring assassination attempt on Princess Leia, which does confirm her to be a badass Imperial warrior.

Anyway, Zahra forces Leia to come to her because she shuts down safety measures for the cruiser’s engines, so naturally Leia is willing to give herself up to save the ship.

The two have a showdown, which is completely dominated by Zahra who taunts Leia with the information that the Empire knew she was adopted and not a true Organa.

But before she could fully take Leia out, good old buddy Luke shows up with his new lightsaber, which gives pause to Zahra.

Luke’s arrival definitely saved Leia from being assassinated, but surprisingly he wasn’t much of a fight for Zahra, who only spares his life due to an order Vader gave her about the Skywalker boy.

Luckily for the now humbled Skywalker twins Zahra command ship needed to get out of dodge after Wedge showed up with the heat, so she exits Leia’s cruiser like a boss and Rocketeers her ass through space back to her Star Destroyer.

While I wasn’t a fan of this two issue run, I will say that Zahra has managed to become a pretty badass Imperial, so I found her skills to be some of the most impressive to be showcased by non-force users in all of Star Wars. 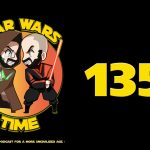 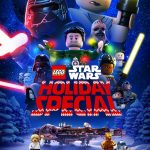