Rumors have been swirling around the Internet for quite some time on who will star in Lucasfilm’s The Mandalorian live-action streaming series, which will be exclusive to the upcoming Disney+ network, but now thanks to an official press release, the all-star cast is now confirmed.

As reported, Pedro Pascal will be the titular star of the series, and he will be joined by many other cast members that were rumored to be a part of the project. These actors include Gina Carano (Deadpool), Giancarlo Esposito (Breaking Bad), Emily Swallow (Supernatural), Carl Weathers (Predator), Omid Abtahi (American Gods), Werner Herzog (Grizzly Man) and Nick Nolte (Affliction). Carano, Nolte, and Weathers were rumored to be attached to The Mandalorian previously, but I believe the Esposito, Swallow, and Abtahi reveals are brand new.

I love that Lucasfilm finally officially confirmed the cast, because it’ll give Nick and I more speculation fuel for what the show may be about on the next episode of Star Wars Time, which will be out early next week. Stay tuned for more The Mandalorian news as it becomes available. 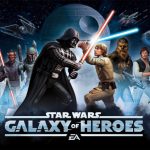 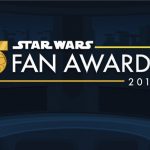