According to Kessel Run Transmissions, Lucasfilm is interested in some sort of content to further develop the character of Ben Solo.

There has already been some attempt to explore the life of Ben Solo pre-Kylo with the Rise of Kylo Ren comic series, but even that arc didn’t dive deeply into Ben’s younger years and the relationship he had with his parents.

The most logical step for this content would be to set it at least 10 years pre-TFA with a new actor playing young Ben Solo. The show/movie could cover the latter years of Ben with Han and Leia and his early years at the academy studying under Luke Skywalker. It goes without saying that Snoke would also be involved via force communication.

There is no substantive evidence that anything is actively being developed, but the idea of a young Ben Solo series is very intriguing. 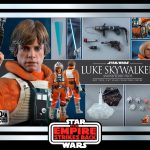