Today, YakFace posted an October 23, 2020 trademark filing from Lucasfilm for its “Boba Fett” trademark to be used on items such as books, journals, binders, clipboards, etc.

The reason this boring piece of legal crap is interesting is because it could confirm the rumors that the character is returning to the land of the living in the next season of The Mandalorian. There have been plenty of hints at his return with Temura’s CV listing being one of the most credible sources for the character’s return to the universe, so the fact that Lucasfilm wanted to re-up its Boba Fett trademark for books and whatnot only bolsters the rumor.

I mean the trademark for reading material could be used to fill in Boba’s activities after we last saw him being eaten by the Sarlacc pit, or they could be for new tales set around The Mandalorian timeline.

Either way, the filing is interesting, especially its timing, which was only seven days prior to the launch of The Mandalorian S2. It definitely leads some credence to the Boba in Mando rumors, but it could also just be that time for some trademark re-upping. I think we will know sooner than later as in by the end of S2E1.

Make sure to sub to our YT channel for our weekly livestream and Easter egg recaps of each new Mando episode! 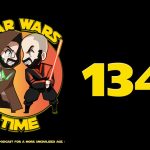 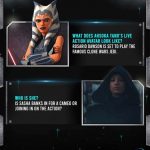