Update: By the request of the little girl’s Father, the video has been taken down by the uploader, and we’ve removed it from this post and the image used.

Be prepared for a cuteness overload thanks to a new video floating around the Internet of a strong willed little lady not caving in to a First Order shakedown at Star Wars: Galaxy’s Edge.

You see, moments like this are what make being a Star Wars fan awesome. They also relate how amazing the experience at Galaxy’s Edge can be for fans, thanks to the level of immersion the cast provides for the guests that attend. If you’re unfamiliar with what the park’s cast is charged with doing, then let me refresh your memory. For all intents and purposes, the cast are actual First Order, Resistance, and Batuu citizens. They are always in character and are charged with interacting with guests in a game of espionage between the First Order and the Resistance. It’s all meant to make visitors feel as if they are truly in the Star Wars universe, and it appears to be working perfectly.

Alright, now that you have some insights into how the cast operates, the video above will hopefully be even more amazing for you to watch. Anyway, a little girl gets stopped by a First Order officer wanting to gain intel on the Resistance, but rather than caving to his threats, she holds her ground, puts her hands on her hips, and stonewalls him like a professional spy. It’s both adorable because of the little girl’s reactions, but also an awesome example of what you may experience at the park.

The video definitely makes me feel worse than normal for not visiting the park yet, so join in my misery by making your Star Wars heart smile, and watch the video above. 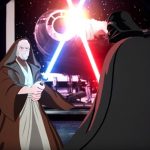 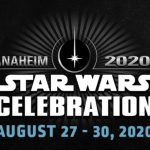