It seems as if the rumored date for the next Star Wars: The Rise of Skywalker trailer changes daily now, but a new post from John Boyega’s agent makes me feel like my initial gut pick of October 14th will pan out.

I’ve been zoning in on the 10/14 date for a while now, and have mentioned it on the show a few times, with the latest coming in Episode 70. I also highlighted the date in a leak post about the trailer debuting in theaters with Maleficent 2, so I guess I’ve just had a feeling that this upcoming Monday would be the day.

With Boyega’s agent throwing his backing behind the date I feel even better now, but in the grand scheme of things, who really gives a shit who was right about the debut date. I just want to see the damn thing and start a whole new round of speculating based on the new footage shown. Will some it match up to the leaks? Will we see shocking content meant to distract use? I’m guessing a bit of both, so hopefully 10/14 is the release date.

I know I’ll be ready for some MNF halftime action! 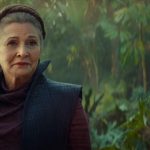 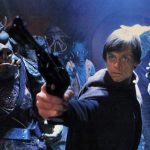 Return of the Jedi – The 5-minute Cut