Liam Neeson joined Jimmy Kimmel on Jimmy Kimmel Live on June 9th, and of course, the topics of Star Wars made its way into the interview.

There has been plenty of speculation on whether Neeson will reprise his role as Qui Gon Jinn in Force Ghost form in the Kenobi series, but as we all know, the role would likely just be relegated to voice over, since Jinn was not able to achieve full Force Ghost-ness, or flashbacks. But according to Neeson, he will not be appearing in Kenobi in any form.

“I heard Ewan McGregor was going to do a series. No, I don’t think so. No, I haven’t been approached.”

The obvious fan response will likely be that Neeson could simply be lying to keep his appearance in the show secret, and I am inclined to agree with that. Qui Gon’s role in Obi Wan’s life is indelible, and we all know that Yoda had specific training for Obi Wan in exile to ensure that he could become one with the Force after death. Most would assume that in that training, he would be able to communicate with his former Master, but it seems like we won’t be getting any info from Neeson or anyone else in the cast about a possible appearance.

You can see the full interview between Kimmel and Neeson below:

Rumor: Jedi Fallen Order To Release on PS5 This Friday 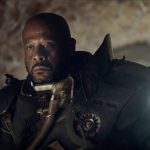