Earlier in 2020, it was announced that Leslye Headland, the creator of Netflix’s Russian Doll, would be creating a brand new, female-led Star Wars property for Disney+. There has been little to no information about the show since it was first revealed, but Headland finally gave us some small details about the show and where we could be headed with it in an interview with Fantastic Frankey.

Headland reveals that we will be entering some uncharted territory with her show:

Leslye also spoke about the pitch that she put together for Disney and Lucasfilm and how a certain treasure hunter may have inspired it.

For me, it’s less about going through the Star Wars universe cinematically or artistically, I’m actually kind of combing through it geographically and go on a literal journey. When we were pitching, I had my designer create that Indiana Jones-like “we go here and then we go here,” with the little dotted red line like this is our journey, this is where we’re going.

Given the bits of information that she has revealed here, I think it is safe to assume that we will not be dealing with another Skywalker timeline show like Mando or any of the animated series. 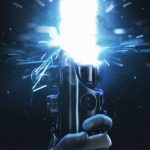 The Best Way to Watch the Star Wars Movies