LEGO Star Wars: The Skywalker Saga is finally ready for release, and it has been pegged to launch on April 5, 2022 for multiple platforms. A new gameplay trailer has been released to celebrate the release date news.

Nick and I will talk more about this release date news on next week’s episode of the SWTS, so don’t forget to tune into the Star Wars Time Show on a weekly basis via our podcast platforms or via YouTube if you prefer the livestream angle.

Coming to the Xbox One family of devices, Xbox Series X/S, PlayStation 5, PlayStation 4, Nintendo Switch, and PC, LEGO Star Wars: The Skywalker Saga allows fans to play through all nine Episodes of the core saga, travel through hyperspace and explore over 20 unlockable planets, and experience an exciting mix of gameplay, from chaining attacks in lightsaber combat to space battles. Players can also unlock and choose from over 300 characters, the most ever in a LEGO Star Wars game. 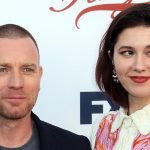