To celebrate the premiere of Star Wars: The Rise of Skywalker and the long-awaited conclusion to the saga, we want to share with you the LEGO Star Wars: The Skywalker Saga Sizzle. The upcoming game from TT Games arrives in 2020 and will feature all nine Skywalker saga films reimagined with iconic and irreverent LEGO gameplay and humor. 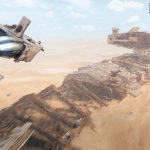