Fans looking to finally dive into LEGO Star Wars: The Skywalker Saga will have to continue to patiently wait for the game as it has been delayed again.

TT Games put out a tweet today to confirm as much, so the game that was once pegged for a 2019/20 release, is now back in a holding pattern to allow the devs to keep working on it.

At this point these delays seem curious considering that we are talking about a LEGO game after all, and not some extremely deep RPG that requires the latest gaming technology to make it run. How much polish does a LEGO game really need? How advanced could this game be technically? Unless there’s 100+ hours of content I’m just not sure what is going on with this game’s development. It just seems odd that it can’t make it out of the production cycle.

Quite frankly, we should all be concerned at this point, and while I know delays are better than buggy releases, multiple delays don’t necessarily result in a fantastic gaming experience. Just ask CD Projekt RED fans how they felt about the often delayed Cyberpunk 2077 once it hit their gaming machines.

Anyway, the game’s official release is up in the air, and if I were a betting man I’d now peg it for a Fall release.

Nick and I will talk more about the game’s delay in next week’s episode of the SWTS, so don’t forget to tune into the Star Wars Time Show on a weekly basis via our podcast platforms or via YouTube if you prefer the livestream angle. 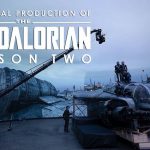 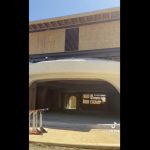