Warner Bros. Interactive Entertainment, The LEGO Group and Lucasfilm today announced a new mobile game based on the Star Wars universe for iOS and Android devices. The game is called LEGO Star Wars Battles, and it is due out in 2020.

The game will feature content from all nine of the Skywalker saga films, as well as The Clone Wars and Rogue One. Players will collect Light and Dark side character and vehicle cards, which in turn will be used to build defenses and offensive units to capture their opponents base. It sounds kinda like a RTS game with some Tower Defense elements sprinkled in.

Unfortunately, no assets outside of a logo have been released, so we can’t speculate much further on what the gameplay may look and feel like. It will be a free-to-play title with in-app purchases when it releases in 2020 though.

Developed by TT Games Brighton and published by Warner Bros. Interactive Entertainment and Playdemic, LEGO Star Wars Battles allows players to mix and match characters and vehicles from all eras of the Star Wars galaxy, building a deck of light side or dark side forces to battle in fast-paced, competitive matches. With intuitive touch controls, players will deploy troops and build LEGO towers on the battlefield to defend and capture territory as they attempt to destroy their opponents’ base.

Featuring content from all nine saga films, Star Wars™: The Clone Wars™, and Rogue One: A Star Wars™ Story, players can collect iconic heroes and villains such as Luke Skywalker, Rey, Obi-Wan Kenobi, Boba Fett, and Darth Vader, along with characters such as Porgs, Stormtroopers, Battle Droids, and a variety of vehicles from AT-ATs to TIE bombers, and even the Millennium Falcon. As players progress and level up, they will unlock different arenas based on familiar Star Wars locales, including Scarif, Naboo, Hoth, Endor, Geonosis, and more.

LEGO Star Wars Battles is coming in 2020 to the App Store and Google Play and will be available to download for free with in-app purchases. 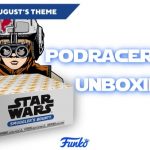