Apparently, LEGO Star Wars Battles, a mobile RTS game, isn’t being cancelled after all. A listing in the App Store confirms as much, and upon checking it out, it definitely appears to be a game coming to Apple Arcade soon.

You can still at least click a button to be notified of its release, so unless the App Store is glitched, this once cancelled game seems to be getting new life via Apple Arcade. If you search the game’s name on Google you will learn about its 2020 beta and untimely cancelling earlier this summer, but again it seems to be getting some new blood thanks to Apple.

Apple Arcade runs you $4.99 a month, so the game won’t have any paywalls or other mechanics meant to get you to fork out more cash, so like other mobile titles that have moved to this platform, the full game should be available to Arcade subscribers when it releases. I’m all for mobile Star Wars game time wasters, so I will definitely check it out and report back on my findings. I do like the Tower Defense genre, so that mixed with Star Wars should make a fun little experience.

Nick and I will talk more about this game on this week’s episode of the SWTS, so don’t forget to tune into the Star Wars Time Show on a weekly basis via our podcast platforms or via YouTube if you prefer the livestream angle.

Lead your favorite LEGO® Star Wars™ characters into real-time, multiplayer PvP battles in arenas inspired by iconic locations from throughout the galaxy!

What happens when an Ewok takes on a Tusken Raider? Can a flock of porgs tackle a stormtrooper in a standoff? Could Chewbacca go toe-to-toe with Boba Fett? Who would win in a showdown between Yoda and Darth Vader?

Collect and upgrade LEGO Star Wars characters, troops, and vehicles and craft formidable light and dark side armies. Build LEGO towers on the battlefield and develop a strategy to attack, defend, and capture territory as you push towards the enemy base to claim victory! Download this exciting LEGO game that brings together every era of Star Wars™ storytelling in a tower defense style.

MASTER BOTH SIDES OF THE FORCE

Learn and master the battle techniques of both sides of the Force by discovering unique combinations of units and building your strategy with characters from the entire Star Wars™ universe.

TOWER DEFENSE – BRICKS FOR THE WIN!

Build LEGO towers on the battlefield to defend your base or advance on the battlefield and capture your opponents’ territory! Discover the different tower types and their advantages – build a Droid Factory for an instant, on-site army, shoot down airborne enemies with a Turbolaser, or bring the heat with a Flame Tower!

Discover over 40 units from all eras of the Star Wars universe including vehicles such as AT-ATs, AT-RTs, Y-wings, TIE fighters and characters from Star Wars™: The Phantom Menace, Star Wars™: A New Hope, Star Wars™: The Clone Wars™, and more. Increase your power and level up your troops to take out your enemies.

Use Darth Vader’s Force Slam to stop enemies in their tracks, toss them aside with Luke Skywalker’s Force Push, and discover the other game changing abilities of Yoda, Boba Fett, and more. Support them with the right troops and towers to create an unstoppable army that will leave your enemies in pieces!

Battle through the eras and choose an arena inspired by iconic Star Wars locations including Naboo, Hoth, and Geonosis. Discover new units along the way to expand your options in battle. 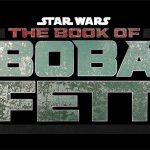