Thanks to a LEGO set leak we now know more about two of the characters that have been featured in the Obi-Wan Kenobi trailers.

Check out our YouTube short that breaks down the reveal.

These two characters are the Imperial Officer that Indira Varma is playing, and the big ass droid that has been featured in both trailers so far. Indira’s character name seems to be Tala Durith, while the droid’s name appears to be NED-B.

In addition to the character names, the leak also provided some insights into two LEGO sets that have been produced for the Kenobi series, as well as one for the Andor series.

Fans of Kenobi will be able to collect an Obi-Wan vs. Vader diorama set and the Inquisitor’s Scythe shuttle. The LEGO Andor set appears to be a shuttle and a speeder. You can find out more details on the sets below. 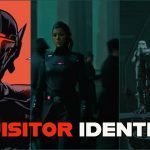