SWNN nabbed themselves a juicy Kenobi series exclusive in the form of some Sith Lord concept art that may hint at a few potential looks for Hayden Christensen as Darth Vader in the show.

If you’re trying to go into this show clean, then do not proceed past this break.

The first image you will see below is a legit piece of concept art from the Kenobi series, and as you can see it depicts Vader out of his suit and hooked up to his medical machines. Unlike Rogue One though, with Hayden being in the show, you have to assume that we will see him in this getup instead of the dummy they used in the movie, or why hire the actor at all. As a fan I’m all for maskless Vader and flashback Anakin, and I think we will get both now based on this art.

My belief is further bolstered by the two renders below, which were made for SWNN based on actual set photos they saw.

These again reinforce the idea that at some point we will see Vader in his healing chamber and he probably won’t be a lifeless dummy, he will be played by Hayden to actually showcase some emotion and hopefully dialogue.

Like SWNN postulates, there is no reason to bring Hayden back if he’s always just going to be in the suit, so based on flashback leaks and this art, you can pretty much guarantee that we will see him play maskless Vader, and General Anakin Skywalker throughout the series. 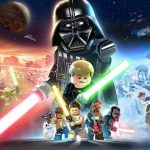 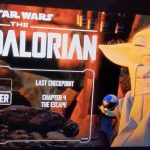 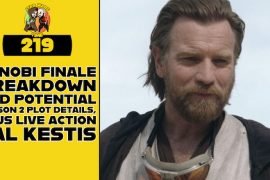