MSW is on a tear this week with details regarding the plot of the Obi-Wan Kenobi series, which comes out on May 25th on Disney+. This is another one that you will want to skip out on if you want to go into the series spoiler free, so proceed at your own risk.

The Inquisitors, Tatooine, and a Jedi

Yesterday we covered MSW’s report that highlighted the tension between Owen and Obi-Wan, which is due to Owen thinking that Kenobi is dangerous to have on planet due to his connection the the fallen Jedi Order, and the fact that the remaining Jedi are being hunted by the Empire. Today, MSW has offered up some more clarity on why Owen feels this way, and it is due to the arrival of Inquisitors on Tatooine, and their search for a Jedi.

According to MSW, the Inquisitors are not on Tatooine to find Kenobi, because he has become an expert at being a ninja Jedi, so he has remained off of everyone’s radar, but thanks to another Jedi named Nari arriving on the desert planet, the heat gets turned up for Obi-Wan.

Apparently, Nari heard Obi-Wan’s message from back in Revenge of the Sith, which told any living Jedi to avoid the temple and go into hiding to wait for a chance to restore the order. This is why Nari ends up on Tatooine, and his arrival is what also leads the Inquisitors to the planet. Without knowing, this Jedi is compromising Kenobi’s mission of protecting Luke, so Obi-Wan will not be thrilled that a former Jedi has found him.

MSW mentions that Nari is ultimately why the Inquisitors end up on Tatooine, and this is where we will see them being brutal to residents as they interrogate them about the Jedi. The brutality will seemingly be carried out by the Third Sister, aka, Reva, who is played by Moses Ingram, due to the Grand Inquisitor shaming her for thinking she also senses Kenobi on the planet while he cannot. Apparently, they have some idea that Nari is trying to find Kenobi too, which is why they have tracked him to the planet.

While the Inquisitors are brutalizing citizens, Owen will be witnessing the horror, and will ultimately blame Kenobi for their presence, which will cause him to get Luke out of the picture and back on the farm due to fears of him being found out. This will further drive the wedge between Owen and Kenobi, as well as giving the narrative a great reason for Obi-Wan to leave the planet to help out Bail Organa and Leia.

Nick and I will talk more about MSW’s latest report on next week’s episode of the SWTS, so don’t forget to tune into the Star Wars Time Show on a weekly basis via our podcast platforms or via YouTube if you prefer the livestream angle. 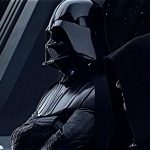 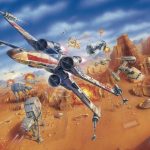