According to a leaker who charges people access to leaks, Matthew Law has been cast in the Ahsoka series in what is being described as a big role.

Luckily, one of DanielRPK subscribers tweeted out the information for the world to see, and if true, Matthew Law, who has starred in AGENTS of SHIELD, will be joining the Ahsoka production, which is now currently filming.

If Law’s casting is indeed legit, and he’s playing a big role, could that mean that he will be our live-action Ezra? With the right makeup and haircut that he could be, so it’ll be interesting to see how this shakes out.

So far the only confirmed casting is Rosario Dawson, but others have been linked to the production including: Natasha Liu Bordizzo (Sabine Wren), Hayden Christensen (Anakin Skywalker), Mary Elizabeth Winstead and Ivanna Sakhno (mystery roles), and Ray Stevenson (Imperial Admiral).

With the series now filming, fans should expect it to hit Disney Plus sometimes in 2023. 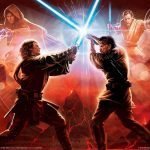 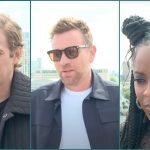