We can’t help but talk about all of the leakers on our show who seemingly just make stuff up to see if it sticks, and while we are jealous that these types of fans have legit followings that make ours look laughable, it’s hard not to roll your eyes at some of the things they post as “Exclusive Leaks”.

This week’s version of poo flinging comes way of KRT’s Van Dyke who shared something via DanielRPK’s Patreon, so I guess this dude apparently charges Star Wars fans to get access to his leaks like the one below.

If you all want to pay for access to “leaks” like this, then we here at the SWTS will undoubtedly take your donations, because this Ahsoka description is about as common sense as it gets, and we’ve set up this exact premise multiple times on our show during our many speculations on all things Star Wars. The description itself also seems highly suspect, and not like it was written by someone involved in the series. It just seems silly, but there is a chance I could be wrong.

We will find out eventually, but based on the track record of DanielRPK and the KRT, I’m not expecting this to be legit. The summary may apply to what Disney will actually write, but this is not official. If it is you know I’ll whip myself as a form of punishment.

This is just another example of how dumb we are by not trying to pull the same scam of using our informed speculations as “leaks” and “exclusives” versus just calling them what they are, which is again speculations.

Nick and I will talk more about this poo fling in next week’s episode of the SWTS, so don’t forget to tune into the Star Wars Time Show on a weekly basis via our podcast platforms or via YouTube if you prefer the livestream angle.

Rumor: Din Djarin To Appear in The Book of Boba Fett 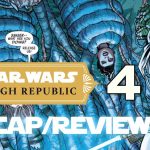