The Auralnauts have dusted off their “Kylo Ren Reacts” series, which features the new Supreme Leader reacting to Star Wars trailers with his own unique brand of humor and critiques.

In this episode of his show, Kylo reacts to the first teaser for The Rise of Skywalker. As you may expect, he has a few issues with Rey’s opening sequence, but he also has plenty of colorful commentary for the rest of the trailer. I think one of my favorite lines is when he sees Lando and screams out, “Godfather,” but there are plenty of other little quips worth listening to.

Once he’s done reacting to the trailer, he then sits back down and breaks down its major moments. This is all done using edited clips from The Force Awakens, plus some camera trick wizardry, so the whole thing truly does feel like Kylo is on his ship watching movie trailers and bitching about them.

Check out the bit above! 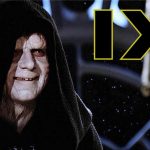 How Palpatine May Return in Star Wars: The Rise of Skywalker 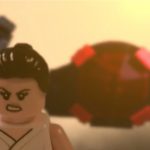 The Rise of Skywalker Teaser Gets LEGO-ized