The Auralnauts and their brand of Star Wars humor are back with a new Kylo Ren special, and this time, the Supreme Leader shows off his musical abilities. He drops his new track, which is called “Reylo”, and if you couldn’t tell by the name, it’s a love song that he sings to Rey.

It’s not your typical love song either, it’s more of a club track, but not too bouncy, because Kylo likes to keep things pretty business like. His singing isn’t bad, but it’s more of a speaking style, which really is kind of perfect for his monotone delivery. What he excels at though is his writing, because the lyrics at times are actually quite hilarious and franchise correct.

If you like having some fun with your Star Wars, then head on up above to catch Kylo Ren’s new hit single, “Reylo”. 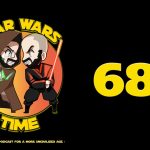 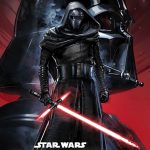 Star Wars: The Rise of Kylo Ren #1 Gets Some Killer Looking Cover Art