Captain Immanuel Doza is a former Imperial military Captain and current Captain of the Colossus Refueling Station in the Outer Rim. Doza’s time as a Captain for the Imperial military ended around 4 ABY, near the time of the Battle of Endor, when he chose to defect from the Empire.

Though his time with the Empire is over, Doza still has the stalwart attitude and demeanor of an Imperial officer. This can be seen in his interactions with First Order officers like Commander Pyre and Captain Phasma while discussing protection plans for Colossus Station. It also seems that Doza has a bit of nostalgia for his time in the Empire. During a sweep of Doza’s office, Kaz Xiono came across an old Imperial officers uniform in Doza’s closet, leading Kaz to believe that Doza was still loyal to the Imperial cause, and perhaps in league with the First Order. While there is no evidence that Doza is working for the First Order, Kaz remains suspicious.

Doza’s daughter, Torra, lives on the Colossus Station with him and is one of the station’s Ace pilots, tasked with protecting the Colossus from pirate attacks and other incursions. Doza is very protective of his daughter and will do anything to ensure her safety. 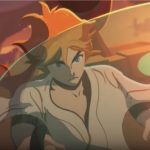 Luke Skywalker: The Journey of a Jedi – An Animated Approach 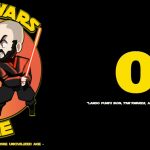