About a month ago, Aspyr Media announced that the Knights of the Old Republic remake they had been working on had been shelved indefinitely due to budget and timeline concerns. The heads of development for the game were fired, and for fans, we thought we the game would never see the light of day.

But, a new report from Bloomberg states that the game has now changed developers from Aspyr Media in Texas to Saber Interactive in Eastern Europe. Embracer Group AB, the owners of both Aspyr and Saber Interactive, announced the developer change by saying:

“One of the Group’s AAA projects has transitioned to another studio within the Group. This was done to ensure the quality bar is where we need it to be for the title.”

Embracer Group did not mention a release date for the game at this point, but analysts believe that it could take up to 2 years to complete and be ready for launch.

Knights of the Old RepublicremakeSaber Interactive
0 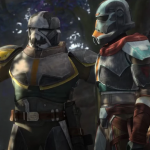