Kevin Feige is not a TV man, and he made that clear in an interview with Entertainment Weekly on Friday.

Feige was doing the rounds to promote the release of The Falcon and Winter Solider, but it is hard to dodge Star Wars questions when you are attached to the franchise. During an EW interview, he was asked if his involvement with the franchise will extend into the wildly popular Disney+ realm.

“No. That’s all Kathy Kennedy,” Feige said, referring to the president of Lucasfilm. “I’m involved in as much as I stay up until midnight L.A. time to watch new episodes of The Mandalorian when they drop.” 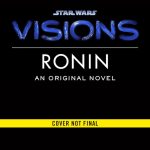