FXitinpost has finally posted the full version of the reimagined duel between Obi-Wan Kenobi and Darth Vader from Star Wars: A New Hope, and it’s just as epic as the teaser from way back when.

This is a complete reimagining of scene 38 from ANH, so it encompasses Kenobi and Vader getting their duel on, as well as the escape of Luke and company. The duel is the main focus though, as it gets amplified by a factor of 1000 with almost all brand new fight choreography incorporated to make the duel feel more like their battle on Mustafar, than the grab ass sword fight they had in the original version of their ANH duel.

The swordplay is much more violent and precise, and the Force comes into play big time. I’m talking force pushes, pulls, and saber throws, and everything in between. It just adds so much more power to the duel that you’ll wish this was the actual version of the duel.

What’s even better? It shows Kenobi’s robe getting sliced to account for Vader’s killing blow. It’s details like this that make this reimagined fan edit so damn awesome.

Check it out below. 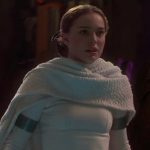 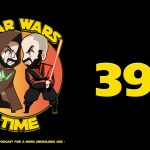 SWTS: The Rise of Skywalker’s MacGuffin