Bespin Bulletin got the scoop on an interesting shooting location for the Obi-Wan Kenobi series, as well as a few details on a Darth Vader scene shot for the series. Head on down past the break if you’re cool with extremely light and speculative spoilers.

According to BB’s sources, the Kenobi production hit up a pool at East Los Angeles College for a shoot. You can see from the images below that the location is setup for filming, and the “JT” on the signs more than likely stand for Joshua Tree, which is the codename for the Kenobi production.

Apparently there were multiple blue screens setup for the shoot with plenty of dry ice also being used to create an atmosphere for the scene. It definitely sounds like they setup some sort of marsh/bog/swamp environment at this pool, which could play into the Vader scene that was also detailed in BB’s latest report.

Before this pool shoot, a Vader scene was shot at the Volume and the Dark Lord was entering some type of moody forest. It sounded like the scene had a tense feel to it, and the way Vader acted it felt like he may be getting ready for a confrontation. Could this be Dagobah and could he be getting ready to face Kenobi? Who knows, BB can’t confirm the location or other actors in the scene, but it does sound like it could shape up to be another iconic Darth Vader moment. 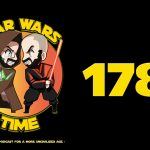 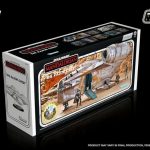