A recent press release from Disney has revealed that the upcoming Obi Wan Kenobi live action series for Disney+ has been delayed until 2022. The press release featured here is in French, but you can see the Kenobi series at the bottom listed under “CE PROGRAMME SERA À DÉCOUVRIR COURANT 2022” along with She Hulk, Moon Knight, and Miss Marvel.

This new comes shortly after a new writer, Joby Harold, was brought on to re-write the show after displeasure with the original script was brought to light.

The new writer coming on in addition to all of the work stoppages from COVID-19 have likely caused this substantial delay for the Kenobi series. Hopefully everything moves forward without issues once the world is restored to some sense of normalcy. 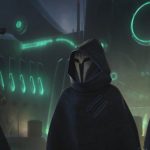 Maul Gets Mentioned in Clip From The Clone Wars: Together Again 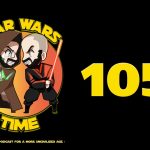