Now that the Skywalker saga has come to a close, everyone is wondering about the future of cinematic Star Wars. When will we get the next film? What will it be about? Will it start a new saga?

Most of these questions cannot be answered, but we assume, given Disney’s most recent update of movie schedules, that the next Star Wars film will release on December 22, 2023.

As for Lucasfilm and what they are doing between now and then, Kathleen Kennedy, President of Lucasfilm, says that they are taking time to really get a handle on what has just been completed and the best way forward.

“It’s an ever-evolving process. You know, when I personally came into this, George had already been having conversations with his previous actors, Carrie (Fisher) and Harrison (Ford) and Mark (Hamill) — there was a saga that the fans loved and he never finished. He always talked about doing nine movies and he was ready to complete that. And so our focus had been from the beginning on finishing that saga.”

“And now we’re stepping back. Stories have been told within this universe over the last 40-odd years, and there’s now the realization that this is a mythology that actually spans about 25,000 years, when you really start to look at all the different stories that have been told, whether it’s in books and games.”

“We just need the time to step back and really absorb what George has created, and then start to think about where things might go. That’s what we’ve been doing, and we’ve been having a great deal of fun doing it, and meeting with lots of different filmmakers and talent. There’s so many fans out there and so many filmmakers that have been influenced by Star Wars for so long that it’s a fantastic opportunity to get a sense of who wants to be a part of this. So that’s what we’ve been doing.”

While Disney likely did not anticipate a long layoff between the end of the Skywalker saga and the next film release, it is probably a good thing that they executives and creatives are taking time to regroup and assess the best way forward for the cinematic side of the franchise. Take time to figure out the best way forward and then put the best people in positions to execute the vision. 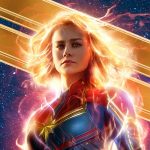