During an interview with Entertainment Weekly about his upcoming travel documentary Long Way Up, Ewan McGregor was of course asked about how things were going with The Obi Wan Kenobi series on Disney+.

“Spring next year we start. I’m really excited about it. It’s gonna be great, I think.”

We had previously heard that filming was supposed to start around January 20201, but it seems like there may be another slight delay to due COVID-19 and the complications associated with filming in such an environment. This should come as no surprise to anyone who keeps up with production news or Hollywood in general.

Ewan also mentioned that there is currently only 1 season of Kenobi planned, but he is not giving up on the idea of a follow up season.

“As I understand, it’s a standalone season. We’ll see. Who knows?”

As with anything in Hollywood, success is measured in the number of people who watch the property, and with streaming platforms specifically, the number of new people that come to the platform to see the content. If Kenobi has Mandalorian like numbers during its season run, it would make sense for Disney and Lucasfilm to look to extend the show for at least 1 more season.

As for now, we will hope that filming can start as planned for the show and that there will be some sort of relief for the COVID-19 situation around the world, not just for the sake of movie content, but for the health and safety of everyone around the world. 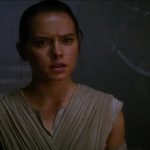 Rey Was Almost A Kenobi 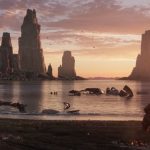