It looks like this week’s new episode of Star Wars Resistance, which is titled, “Station to Station”, will put the First Order and Resistance plot threads back into the limelight after these last few standalone-style episodes.

In the clip, Kaz and Neeku have snuck on board a First Order fueling station, but Kaz gets mixed up with General Hux, who is having one of his little hissy fits. Apparently, Kaz and Neeku will also run into Tam, which should definitely make this episode pretty interesting.

In “Station to Station,” Kaz and Neeku sneak onto a First Order refueling station, in order to take an important piece of tech. Plans go awry when they run into Tam… and General Hux.

The new episode – “Station to Station” – will also be available SUNDAY, DECEMBER 15th (12:01 a.m. PT) on the DisneyNOW app and Disney Channel VOD, giving kids and families access to the series wherever and whenever they want to watch. 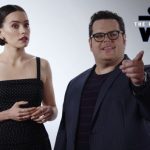 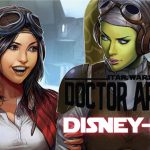