A clip has been released for the upcoming episode of Star Wars Resistance, which is titled, “Kaz’s Curse”.

In the clip, Kaz is playing a version of Star Wars craps with the pirates, but his luck starts to piss them off. So much so that one of the pirates puts on curse on him, which apparently will make him even more klutzy than he is already.

You can check out the clip above!

In “Kaz’s Curse,” A pirate curses Kaz, causing him danger at every turn. Kaz is soon forced to seek Mika Grey for help, but Kaz’s curse gets worse when the Guavian Death Gang appears.
The new episode – “Kaz’s Curse” – will also be available SUNDAY, DECEMBER 8th (12:01 a.m. PT) on the DisneyNOW app and Disney Channel VOD, giving kids and families access to the series wherever and whenever they want to watch. 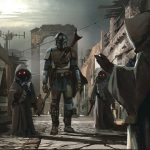 ‘The Mandalorian’ Theme Covered With Guitars Is Just What We Needed 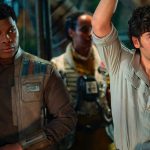