Star Wars Resistance is returning for its second and final season this weekend, so a new short teaser has been released to hype up its debut.

The teaser features a massive battle with the First Order, and you can see Tam donning her new TIE Pilot uniform to battle her former friends. I still contend that she will eventually turn on the First Order, but it’ll probably be too late for her. I do think she will have to sacrifice herself to redeem her betrayal, so we will have to keep an eye on her this season.

Now that the show is almost back we will return to our weekly video series and podcast that covers each new episode, so stay tuned for that action, which will kick off next week.

Get subscribed by using the menu option above, or in the sidebar. 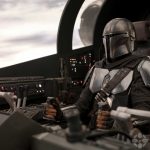 Get a Peak Inside the Mandalorian’s Practical Razor Crest Cockpit 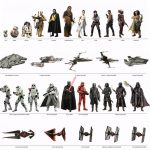 Hi-Res Character and Ship Guide Released for Star Wars: The Rise of Skywalker