Another thread between The Mandalorian and The Clone Wars has been added to the show in the form of Bo Katan Kryze, former leader of Death Watch and The Night Owls and sister of Mandalore’s former leader Satine Kryze.

Bo Katan’s link to the the primary plot thread in The Mandalorian is as strong as it gets for any character. She was a primary player in the fall of Mandalore to Maul and his forces, and she lead the resistance against Maul and the Mauldalorians during the Siege of Mandalore arc at the end of Star Wars The Clone Wars, so needless to say, she is an integral part of the story of the Darksaber and Mandalorian culture during this time period. Her Night Owl forces were also teased in The Mandalorian season 1 as they were shown saving a young Dyn Jarren.

There is no word on the scope of her role, given her link to Ahsoka, the Darksaber, and Mandalorians in general, it is a safe bet to assume that she will at least provide pivotal information to Mando on his search for a safe haven for Baby Yoda.

Bo Katan will be played by the person who voiced her in The Clone Wars series, Katee Sackhoff, which is a huge win. Sackhoff is known for her physical skillset in acting and has played very physically demanding roles like Starbuck in Battlestar Galactica and Dahl in Riddick. 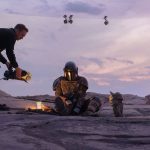 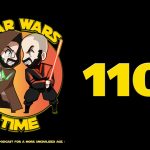