“They’re shooting it right now, I’m not in it. But, if it stays on the air, stories keep getting told, I’ll end up in there.”

Given the potential time frame for the Andor series, it is not surprising that K2 will not be there in the beginning. K2 as a droid was only 12 years old in Rogue One, so there is still plenty of time for the pair to meet up and then become best buds. If the series continues beyond the first season, it is highly likely that we will see the meeting between K2 and Cassian that leads to K2’s reprogramming.

It is also very possible that Alan is giving us a little misdirect here. As we have seen in The Mandalorian, the creators and showrunners typically like to keep their cards hidden until the show releases, so it is very possible that we could see K2 make an appearance near the end of season 1 to set up season 2.

The Andor series started filming in November 2020 and is likely still filming given the recent leaked set photos from the UK. 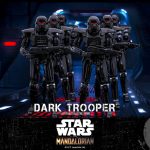 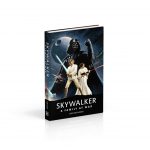