EW has posted an interview between Jon Favreau and Dave Filoni that appears to be from over the Summer, and it features an interesting discussion on Skeleton Crew’s world and characters and how they’ll likely cross over into The Mandalorian Season 4.

Skeleton Crew has been filming since late Spring and is due to hit Disney Plus in 2023. It will be set during the Mandoverse timeline, so it will take place alongside The Mandalorian, The Book of Boba Fett, and the Ahsoka series. It only makes sense that Skeleton Crew’s world could also intertwine with the characters from those series.

“Skeleton Crew is great. You know me and Jon Watts were on set of Spider-Man [No Way Home] and I was sniffing out if it [Star Wars] might be something he’d be into doing, and he’s like, ‘here’s the whole idea of what I would do’. We were just talking on the set and I called Dave [Filoni], I was in Atlanta, and I was like, ‘Dave, this sounds like a really good idea’, and we hopped on a Zoom call, and he [Jon Watts] pitched what it was, just the very basic strokes, and it was great. It focuses on young people, it’s always good having new characters coming in, and there’s so many different genres now in Star Wars, you know you have Andor which is intrigue and a thriller, you have adventure with The Mandalorian, a samurai adventure with Ahsoka, so to have this young Amblin feeling movie, with young people seeing it [the universe] for the first time who grew up in this Star Wars world and are exposed to an adventure. The puppets, the costumes, the visuals, the world that’s being expanded upon, and now I get to write the next season of The Mandalorian with all these new characters, all these new locations and all these new creatures, so it keeps adding more and more to this cohesive group of stories being told.”

It only makes sense that Skeleton Crew’s world could also intertwine with the characters from the Mandoverse, but it is nice to hear it from the mouths of the creators.

Nick and I will talk more about Jon’s thoughts on next week’s episode of the SWTS, so don’t forget to tune into the Star Wars Time Show on a weekly basis via our podcast platforms or via YouTube if you prefer the livestream angle. 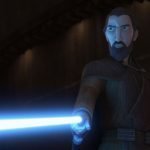 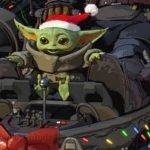 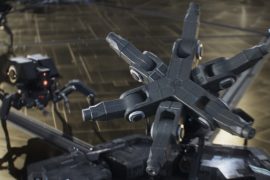