Jon Favreau has Lucasfilm and Disney’s ears thanks to him being the show runner on The Mandalorian, which will surly boost Day 1 subscription sign-ups for Disney+. His influence in Star Wars land is strong, so I don’t blame him for using the Force while at the Saturn Awards to convince the galaxy that he should be the man to create the next Star Wars Holiday Special, which of course would be a Disney+ exclusive.

He was giving an interview on the red carpet to EW, and he pretty much pitches himself to be the man to bring a Star Wars Holiday Special to Disney+. Hopefully his Disney overlords were listening, because I’d love to see what he would cook up.

Would we get a modern look at Life Day? Would blue Boba make a return? Would the acting performances be as atrocious and mailed in? Hopefully the answer is yes to all of those questions.

Here’s to hoping the epic mess below somehow gets a 21st century makeover! 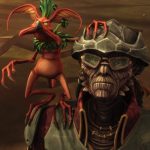 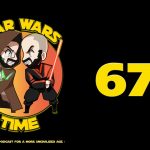