According to Variety, the 90-year-old John Williams is returning to Star Wars with a new theme for the Obi-Wan Kenobi series, and it sounds like the tunes will be for Kenobi himself.

Based on Variety’s source, Williams has composed the signature theme for Obi-Wan Kenobi, and that he recorded it secretly last week with an orchestra. Apparently, the security wasn’t tight enough, because this story was getting hits towards the end of last week, and then Variety came out with the exclusive report linked above.

Getting John Williams for a TV series is no small feat, because it’s not really his thing, so you know it’s a special project for him to score for the small screen. He hasn’t done so for a fictional series since 1985’s Amazing Stories, which happens to be a Spielberg project.

Nick and I will talk more about this John Williams news on next week’s episode of the SWTS, so don’t forget to tune into the Star Wars Time Show on a weekly basis via our podcast platforms or via YouTube if you prefer the livestream angle. 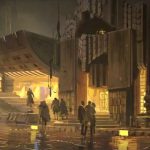