I’ll be the first one to admit that the Episode IX set has been rather locked down, and not much has leaked out of it. We aren’t even getting basic behind-the-scenes shots that both Rian Johnson and Ron Howard would share on their personal Twitter or IG accounts. As a superfan who likes to speculate on all things Star Wars, this has been a bit of a bummer, but deep down I also appreciate the fact that I’ll be completely surprised the first time I see an official trailer, or even a still from the set.

With that being said, yesterday, John Boyega, who plays Finn in the new Star Wars trilogy, shared a pic of his hands after a grueling day of filming a scene for Star Wars: Episode IX. I know a picture of his hands, which in this case are Finn’s hands, doesn’t really give us much to latch onto, but his description of the photo definitely can.

Boyega captioned the image by saying:

Great working day on set!! The whole team pushed themselves today to achieve something visually crazy! I’ve had many moments of shock on set but not like today and I can’t wait until you know why 👀🙌🏾
#FN2187

Let’s just say we can’t wait either John, we definitely can’t wait. Now if we could at least get a title! I do think that will come first, and then the first trailer will probably debut at Celebration in April, which would mirror how The Last Jedi’s marketing went. 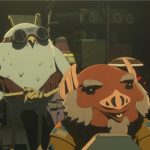 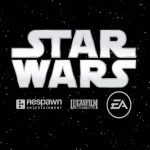