John Boyega has made his opinions known on Colin Trevorrow’s Star Wars Episode IX – Duel of the Fates treatment, namely some concept are featuring Finn, and it sounds like he would have much preferred the final Skywalker film to go down this path.

One piece of concept art in particular stood out to John, namely because it featured a heroic shot of Finn leading a resistance on Coruscant. It does look badass, and apparently Boyega thought so too.

He recently told Yahoo Movies the following in regards to Colin’s vision and the concept art:

Apparently, he likes that version of Finn so much that he’d be down for an animated version of the character making a return to the Star Wars universe.

“I’m a Mandalorian fan, so Lucasfilm is doing very well with the TV shows. An animated show would be dope! We could do it from home.”

I personally would like to see more tales of the new cast, but based on things Disney has said about the Skywalker Saga being over, and the new cast more or less not loving their roles, I wouldn’t hold my breath.

Duel of the FatesFinnJohn Boyega
0 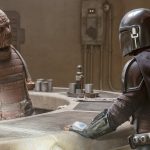 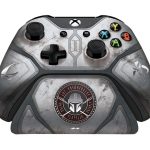