It seems as if the Star Wars actress has disappeared from the face of the Earth after ditching her social media accounts during filming for The Last Jedi two years ago. The once social Ridley vanished from her former platforms thanks to the trolling a-holes who have infected Star Wars fandom, but thanks to her Star Wars: Episode IX co-star, she’s been spotted again on social media.

John Boyega shared a shot of Ridley at some sort of event that has his face on a trailer.

One would think this is somewhere near the Episode IX set, because Boyega is at least still shooting, so one would think that Ridley is too considering they’re both playing major roles in the final entry in the new Star Wars trilogy. But who knows, maybe John is hosting some sort of motivational event and she’s just there to support her co-star, but either way, it was neat to see Daisy on social media again.

She was such a great follow during TLJ filming and provided a few great BTS shots, so it sucks she was chased away by douchebags, but as with all things that you don’t get to see all the time, it was a treat to see her being silly on IG once again.

Now if John could just give us the title or something… 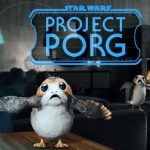 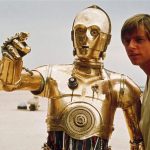