In an interview with Variety, John Boyega, the man behind Finn, ruled out any future Star Wars projects for his character if they were meant for Disney+.

When asked about his interest in future Star Wars projects, Boyega made it clear he’s not down for the small screen. Here’s how he replied when asked if he’d star in future projects:

“In what? You ain’t going to Disney Plus me!”

He went on to double down on his distaste for being involved in a Disney+ Star Wars project.

“I ain’t getting no Disney Plus! I’m watching it, though, but I’ll stay in the feature films.”

Boyega did say that if his co-stars were down for another feature film, he’d join them.

“As long as Daisy and Oscar are down for it, then I’ll come back.”

Unfortunately for John though, it doesn’t sound like Oscar and Daisy are up for coming back to Star Wars Land.

“I don’t know,” Isaac tells Variety. He says that while he would miss the camaraderie he experienced making the trilogy, starting with 2015’s “Star Wars: The Force Awakens,” he sees “The Rise of Skywalker” as “the closing of a chapter of my life.”

“[I’m] happy and feeling fulfilled that the task is complete,” he says. “So I can’t imagine what it would be that would make me want to redo this thing or revisit it.”

Ridley feels the same way. “I just don’t know if anything could top this one, honestly,” she says. “I think it’s just a great story and a great close, and even though obviously the characters continue to exist, it would have to be so extraordinary [to return], and I don’t know if that’s possible.”

Only time will tell if we see these actors reprise their roles, but you’re for damn sure that if their careers dry up, or if Disney comes calling in their later years, they’ll definitely consider making a few more millions. 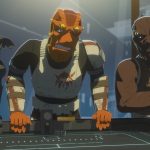 Kaz Gets a Pirate Curse in Clip from Star Wars Resistance: Kaz’s Curse 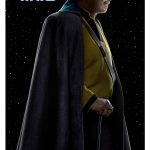 Lando’s Full Name Is About as Lando as it Gets